Last week, Back Thru The Future launched a new free hard drive shredding program for consumers. Businesses have a lot more options when it comes to disposing of their IT equipment and hard drives, but many people still want to donate or sell their old equipment. Whether you want to include your hard drive or not, it’s important to make sure there is NO data left. There a many ways to clear your hard drives, whether for a personal computer or a business computer. If the computer is being donated or sold, it should never be assumed that the new owner will clear it. Additionally, even some recyclers will recoup some of the value of the machine by reselling the hard drives, so it’s important to understand the ways to clear your hard drives before handing it over to anyone other than a recycler who shreds every hard drive received.

Why is it important to clear your hard drives?

A 2019 study by the British consumer-tech website Comparitech and performed by researchers at the University of Hertfordshire found that 59% of used hard drives purchased in the United Kingdom and United States contained data about the previous owners. Whether these were from personal home computers or business computers, the data found on these hard drives included employment and payroll records, family and holiday photos, business documents, visa applications, resumes and job applications, lists of passwords, passport and driver’s license scans, tax documents, bank statements, and lists of students.

In this study, only 26% of the hard drives had been properly wiped, Comparitech said. Another 16% couldn’t be accessed at all. Of the hard drives that did contain data, 43% of the previous owners said they had tried to wipe the drives but hadn’t done it properly. Many of those drives had been subject to a quick-format process, but that doesn’t accomplish much of the deletion process. Data-recovery tools will still be able to get most of the files back.

Here Are the 2 Best Ways to Clear Your Hard Drives:

One: Destruction. Destroying your hard drives is the absolute best way to ensure that no data is recoverable. There are 2 ways to accomplish this.

Two: Wiping. To make sure a computer hard drive is wiped properly, you must know whether the drive is an old-fashioned spinning-disk drive (HDD) or a solid-state drive (SSD). Here’s a quick guide on how to tell the difference.

To wipe HDDs in Windows, use Disk Manager (right-click the Windows icon at bottom left and scroll up to Disk Manager) and select the drive to be formatted. Make sure that “Perform a quick format” is unchecked and select NTFS as the file system. Format the drive three times to make sure you get everything.

For HDDS in Mac, use Disk Utility, found  in the Utilities folder, which you can open by hitting the Apple, Shift and U keys at the same time. Select the drive to be formatted and click Erase. You’ll want to do that two or three times, and you will have to give the newly formatted drive a name.

SSDs are more complicated. They write, allocate and erase data completely differently from HDDs, so standard wiping methods may not work. Instead, it’s better to use disk-management software made by the SSD’s manufacturer. If you don’t know who made your SSD, or you can’t find or use the manufacturer’s utility, then you will have to download and install a disk-wiping utility onto a USB drive or an optical disk and reboot from that. You can use the $11 Parted Magic software, or the free Gparted utility.

Contact us if you’re interested in having Back Thru The Future destroy your hard drives and other electronic equipment. 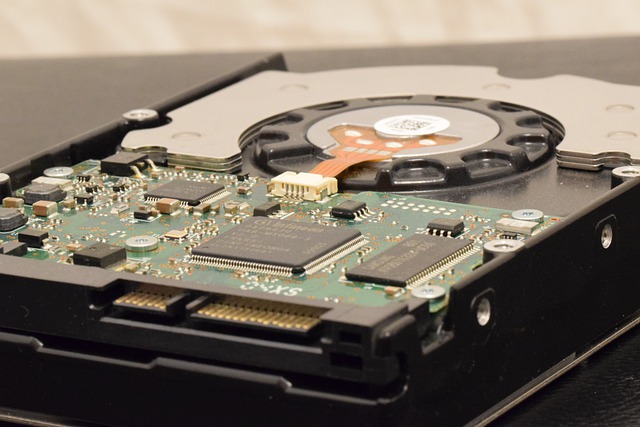