Business Insider Magazine recently posted an article about the same thing we have been saying for years: “We’re drowning in electronic waste because we buy new devices too soon and don’t recycle old stuff fast enough”

Devices aren’t made to be repaired… they are made to be replaced. Even for laptops and desktops, when the cost of refurbishment and new operating system licenses are added in, it’s often more cost effective to purchase new computers.

The United Nations states that About 17% of the world’s e-waste was collected and recycled in 2019. The other 83%? Some was reused, but most was burned/melted or dumped in a landfill where toxic chemicals, like lead or arsenic can seep into the groundwater.

Until recently the consumer electronics industry could be broken down into several segments, including televisions, personal computers, mobile phones, tablets, wearables, cameras, speakers, and headphones. Except now, we also have tele-health devices, personal care monitors, smart homes, which include smart speakers, thermostats, appliances, bulbs, streaming devices, game systems, and more. In fact, by 2025, the smart home market revenue is expected to reach 43.8 billion US dollars.

The world’s electronic castoffs reached a record 53.6 million metric tons in 2019, a jump of 21% in five years. Most alarming, the UN projects that the number of discarded products with a battery or plug will almost double by 2030.

Like many countries, American’s are quick to buy the latest version of electronics, often replacing devices while they are still working. Add to that the difficulty in repairing electronics without voiding the warranty or replacement insurance, and the pile of discarded electronics will just continue to grow, both for consumers and businesses. 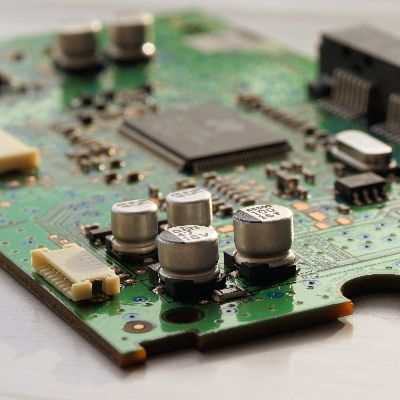 Device destruction is the only way to ensure that your data is non-recoverable.

According to a recent survey from Soti, a software company, found that almost seven in 10 IT leaders of international companies believed their companies were tossing aside devices prematurely, especially laptops and tablets. The survey, which spanned eight countries, including the US, Canada, and the UK, highlighted that more than half of these leaders had specific targets for cutting e-waste and for sustainably managing their companies’ devices.

Nena haw, the acting director of the resource conservation and sustainability division of the Environmental Protection Agency, said, “It’s super important that we continue to encourage the recycling of electronics, and that we continue to work on ensuring those supply chains for the critical minerals for our use in the United States,”