Old Computers in an Unlocked Closet

As he set it down, we started talking. He owns a small law practice, so I mentioned our Safe Harbor Express Program and said that we could pick up his electronics as often as needed.

He said, “Oh, no… I don’t have much” and pointed to the box and a few bags that he had brought in. I saw a few laptops, a desktop, two cell phones, three monitors, and an old printer. I asked how often he would estimate that he has this quantity of computer equipment to get rid of.

He hesitated and said that he collects all the old equipment in the office and puts it in a closet for a few months and just brings it in when the closet gets full. He mentioned that he’s right in northern New Jersey, so he didn’t mind loading up his car the night before and then driving over before work.

He said it wasn’t and he knows that anyone could easily access it. I told him we’ve seen this scenario a lot and not just small law firms, but big companies have closets or rooms filled with electronic waste. I told him that he was taking a chance by leaving that in an unlocked closet, and I mentioned that we could supply him with a lockable bin, and pick it up once a quarter if that worked for him.

That worked for him.

He asked if he could throw his personal electronics in there too – his kids old laptops, their tablets, gaming systems, etc. “Of course”, I said. “You can offer it as a service to your team if you want. A lot of people don’t know how to safely dispose of their electronics.” 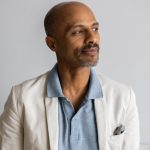