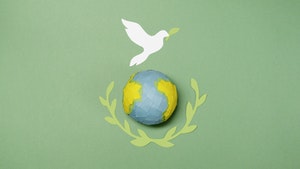 In the US, computer recycling and data security is a well regulated industry – at least twenty-five U.S. states currently have electronics recycling laws. The National Center for Electronics Recycling (NCER) developed an interactive map that helps to find out detailed information on state regulations, including a brief summary and link to the laws as well as key dates.

The United States is the largest producer of e-waste, followed by China. The EPA estimates that in 2009, the United States disposed of 2.37 million tons of e-waste, 25% of which was recycled domestically. However, according to the UN-affiliated Global E-Waste Monitor report, nearly 54 million metric tons of e-waste was generated around the world in 2019. It includes everything from phones and computer monitors to larger appliances like refrigerators and old fax machines. The report, which was supported by the World Health Organization and the Federal Ministry for Economic Cooperation and Development, can be found HERE.

Rwanda is one of only 13 countries in Africa that have passed national legislation regarding e-waste regulations. Because of that, the first official electronic recycling and refurbishing facility in the country is now open and operating. That facility, Enviroserve, has repaired and refurbished more than 5,000 computers and processed more than 4,000 tons of e-waste. The facility has created over 600 jobs.

In 2017, approximately 60,000 metric tons of secondhand electronic equipment was exported from European countries to Nigeria, with approximately 20% of those being inoperable. This growing problem and the success of Enviroserve in Rwanda has ignited other African countries to follow suit and examine the potential for similar facilities.